Fall 2020 Series: Energy and the Election

While often invisible in our daily lives, energy intersects with nearly every aspect of human experience, from health to wealth to the environment. As American voters cast their ballots in the November elections, the pandemic, the economy, and the climate will be at the forefront of their minds. Join us this fall as the Dartmouth Energy Collaborative hosts speakers who will explore energy-related issues that are impacting – and will be impacted by — the election. From the ways in which energy and climate are covered in the media to the social and racial justice implications of energy sourcing and infrastructure to the ways in which the clean energy transition is helping to mobilize a new generation of voters, we'll hear from a range of experts and practitioners to look at how energy shapes the political landscape.

VIEW A RECORDING OF THIS TALK.

How have environmental issues — and in particular, climate change —impacted the ways that voters are communicating with their elected officials and reflecting changing priorities at the ballot box? NHPR environment and energy reporter Annie Ropeik will share her insights and perspectives on how climate change is showing up on the campaign trail and how it is shaping the 2020 election.

About the Speaker: Annie Ropeik joined NHPR's reporting team in 2017, following stints with public radio stations and collaborations across the country. She has reported everywhere from fishing boats, island villages and cargo terminals in Alaska, to cornfields, factories and Superfund sites in the Midwest.

Her work has appeared on NPR, the BBC and CNN, and earned recognition from PRNDI and multiple state press clubs.
Originally from Silver Spring, MD, Annie caught the public media bug during internships at NPR in Washington and WBUR in Boston. She studied classics at Boston University and enjoys a good PDF, the rule of threes, and meeting other people's dogs. 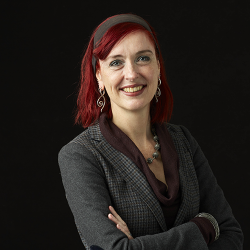 Wandi Bruine de Bruin
VIEW A RECORDING OF THIS TALK

Grasping the basic science and implications around climate and energy issues is essential for citizens to make well—informed decisions around these issues. However, it can be a challenge for scientists to translate their expertise into widely apprehensible information. In this talk, Wändi Bruine de Bruin, Provost Professor of Public Policy, Psychology and Behavioral Science at the University of Southern California, will summarize key insights from a variety of projects on how to improve risk and science communication aimed at members of the general public.

About the Speaker: Wändi Bruine de Bruin is Provost Professor of Public Policy, Psychology and Behavioral Science at the University of Southern California, where she is affiliated with the Sol Price School of Public Policy, the Dornsife Department of Psychology, the Schaeffer Center for Health Policy and Economics, the Center for Economic and Social Research, the Center for Sustainability Solutions, and the National Center for Risk and Economic Analysis of Terrorism Events (CREATE). Wändi holds a PhD in Behavioral Decision Research and Psychology from Carnegie Mellon University. Before coming to USC, she spent 7 years at the University of Leeds, where she directed the Centre for Decision Research and was deputy director of the Priestley International Centre on Climate.  Wändi's research uses insights and methods from behavioral science and psychology to understand and inform how individuals make decisions, about a wide variety of topics, including climate change and its impacts, sustainability, personal health, and household finance. She has published more than 120 peer-reviewed papers on this topics, in academic journals in psychology, environmental science, engineering, public health, and other fields.  She is on the editorial boards of the Journal of Experimental Psychology: Applied, the Journal of Risk Research, the Journal of Behavioral Decision Making, Psychology and Aging, Decision, and Medical Decision Making. She has served on several expert panels on risk and science communication, including at the National Academy of Sciences and the Council of the Canadian Academies.

Jennie Stephens
View a recording of this talk.

The climate crisis is a crisis of leadership. For too long too many leaders have prioritized corporate profits over the public good, exacerbating climate vulnerabilities while reinforcing economic and racial injustice. Transformation to a just, sustainable renewable-based society requires leaders who connect social justice and antiracist, feminist principles to climate and energy.  During the Trump era, connections among white supremacy; environmental destruction; and fossil fuel dependence have become more conspicuous. The inadequate and ineffective male-dominated framing of climate change as a narrow, isolated, discrete problem to be "solved" by technical solutions has inhibited investments in social change and social innovations. But inspiring leaders who are connecting climate and energy with job creation and economic justice, health and nutrition, housing and transportation, are advancing exciting transformative change. Bold diverse leaders are resisting the "the polluter elite" to restructure society by catalyzing a shift to a just, sustainable, regenerative, and healthy future.

About the Speaker: Jennie C. Stephens is Director of Northeastern University's School of Public Policy & Urban Affairs, Dean's Professor of Sustainability Science & Policy, and Director for Strategic Research Collaborations at the Global Resilience Institute.  She is an internationally-recognized expert on renewable transformation, energy justice, climate resilience, and gender in energy innovation. Trained at Harvard and Caltech, she is a transdisciplinary academic with two decades of experience linking environmental science and technology with policy and social change. Visit her website at www.jenniecstephens.com.

Leah Stokes: Short Circuiting Policy: Interest Groups and the Battle Over Clean Energy and Climate Policy in the American States 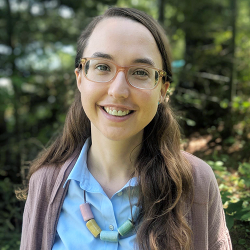 In 1999, Texas passed a landmark clean energy law, beginning a groundswell of new policies that promised to make the US a world leader in renewable energy. As Leah Stokes shows in Short Circuiting Policy, however, that policy did not lead to momentum in Texas, which failed to implement its solar laws or clean up its electricity system. Examining clean energy laws in Texas, Kansas, Arizona, and Ohio over a thirty-year time frame, Stokes argues that organized combat between advocate and opponent interest groups is central to explaining why states are not on track to address the climate crisis. She tells the political history of our energy institutions, explaining how fossil fuel companies and electric utilities have promoted climate denial and delay. Stokes further explains the limits of policy feedback theory, showing the ways that interest groups drive retrenchment through lobbying, public opinion, political parties and the courts. More than a history of renewable energy policy in modern America, Short Circuiting Policy offers a bold new argument about how the policy process works, and why seeming victories can turn into losses when the opposition has enough resources to roll back laws.

About the Speaker: Leah Stokes is an Assistant Professor in the Department of Political Science and affiliated with the Bren School of Environmental Science & Management and the Environmental Studies Department at the University of California, Santa Barbara (UCSB).

She works on energy, climate and environmental politics. Within American Politics, her work focuses on representation and public opinion; voting behavior; and public policy, particularly at the state level. Within environmental politics, she researches climate change, renewable energy, water and chemicals policy. Her research has been published in top journals including the American Political Science Review, American Journal of Political Science, British Journal of Political Science, Nature Energy, Energy Policy, and Environmental Science & Technology. She has also published articles in The New York Times, The Washington Post, The Los Angeles Times, The Guardian, CNN and elsewhere.