We need to transition toward a more environmentally sustainable society given both pollution and its health effects, and the impacts of extreme weather and climate change. The production and consumption of energy is the largest contributor to these concerns, and so the transition to a clean energy economy is essential. At the same time, given the energy needs of the world's growing population and significant inequalities seen in many economies, affordability and energy security are also critical issues. To the positive, implementation of clean energy also presents a significant economic opportunity, providing additional jobs and capital for local economies. New technologies and effective policies are needed to help drive increased deployment of renewable energy and energy efficiency. And importantly, finance is increasingly being recognized as a key lever to drive the implementation of clean energy, as the availability and cost of capital is a key determinant in scaling renewable energy and energy efficiency technologies.

This bootcamp introduces the finance aspects of the clean energy economy. There is a focus on renewable energy generation, as mass electrification using clean generation sources is necessary to sustain our energy-dependent lives and economies, as well as energy efficiency. Finance will be discussed as a barrier to, or enabler of, greater adoption of clean energy. 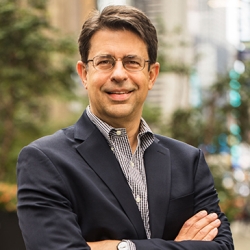 Prior to joining NYCEEC, Curtis worked for over three years as a Managing Director at Rocky Mountain Institute, a global energy think tank, leading their sustainable finance practice. Curtis previously worked at Goldman Sachs for over 15 years, most recently as a Managing Director in their investment banking division. Before joining Goldman Sachs, Probst worked at Salomon Brothers for over eight years, most recently as a Vice President in their structured and project finance group.

Curtis serves, or has served, on the boards of various organizations with an energy or environmental focus. Additionally, he has been an adjunct faculty member at Columbia University since 2016, lecturing on the topic of clean energy finance. He has spoken at numerous conferences in the United States, Canada and Europe, and authored or co-authored reports on different energy and financing topics.

Curtis received a BComm from the University of Calgary and an MPA from Columbia University. He is a Chartered Financial Analyst, and a member of the CFA Institute.