Dan Reicher is a Senior Research Scholar at the Stanford University Woods Institute for Environment. He came to Stanford in 2011 as the executive director of Stanford's Steyer-Taylor Center for Energy Policy & Finance. He was also a lecturer at Stanford Law School. Before Stanford, he  served as Google's Director of Climate Change and Energy Initiatives.

Reicher has more than 25 years of experience in energy and environmental policy, finance, and technology. He has served three U.S. presidents, testified before the U.S. Congress more than 50 times, and litigated cases in federal court. His federal roles include: Assistant Secretary of Energy for Energy Efficiency and Renewable Energy; Department of Energy Chief of Staff and Deputy Chief of Staff; Acting Assistant Secretary of Energy for Policy and International; a member of the National Academy of Sciences Board on Energy and Environmental Systems; a member of the Secretary of Energy Advisory Board; a member of two presidential transition teams; a staff member of the President's Commission on the Accident at Three Mile Island; a law clerk to a federal district court judge; and a legal assistant in the U.S. Department of Justice.

Before his position at Google, Reicher was President and Co-founder of New Energy Capital Corp., a private equity firm funded by the California State Teachers Retirement System and Vantage Point Venture Partners to invest in clean energy projects. He also was Executive Vice President of Northern Power Systems, one of the nation's oldest renewable energy companies and a recipient of significant venture capital investment. Earlier in his career Reicher was as an Assistant Attorney General in Massachusetts, and an attorney with the Natural Resources Defense Council.  Reicher was also an adjunct professor at the Yale University School of Forestry and Environmental Studies and Vermont Law School.

Reicher is a board member and previously co-founder, board chair and acting CEO of the American Council on Renewable Energy. He also serves on the boards of the American Council for an Energy Efficient Economy, the Interstate Renewable Energy Council, American Rivers, and Dartmouth's Irving Institute for Energy and Society and Dickey Center for International Understanding. He is also an advisor to Magellan Wind, Repower Capital, Spark Fund, and Sighten. He was previously a senior fellow of the Brookings Institution.

In 2012 Reicher received an honorary doctorate from the State University of New York College of Environmental Science and Forestry and was also named one of the five most influential figures in U.S. clean energy by Oilprice.Com.

Reicher holds a BA in biology from Dartmouth College and a JD from Stanford Law School. He also studied at Harvard's Kennedy School of Government and MIT.

An avid kayaker, Reicher was a member of the first expedition on record to navigate the entire 1888-mile Rio Grande (with support from the National Geographic Society) and to kayak the Yangtze River in China. He is married to Carole Parker.  Carole and Dan have three children and live in Piedmont California. 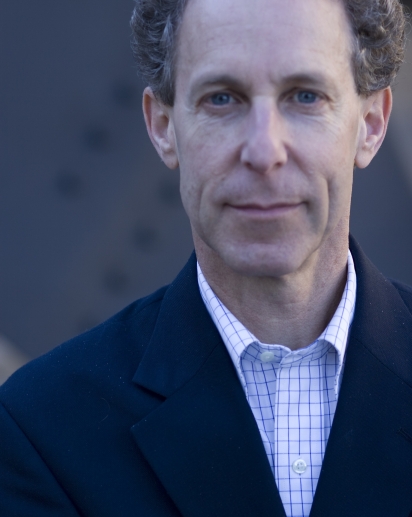