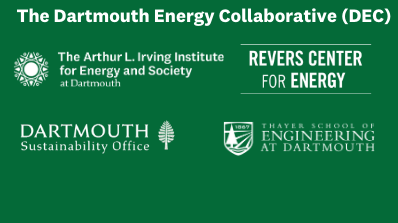 About the Dartmouth Energy Collaborative

Posted on December 11, 2019  by Office of Communications

The engineering professor and a colleague won for research on what's known as the inverted firm.

Read the full story by Julie Bonette, published by Thayer School of Engineering.

Professor Geoffrey Parker, director of the Master of Engineering Management program, won the Thinkers50 Digital Thinking Award presented in partnership with Accenture, along with his research partner Marshall Van Alstyne of Boston University. The pair were nominated for their analysis of the concept of the inverted firm, which shows how value is increasingly created outside rather than inside the firm.

"There's been a shift in the composition of company value from tangible assets that can be seen and touched to intangibles such as intellectual property, brand, and the value of a firm's user base. This shift toward intangibles is partly driven by the rise of platform structure that allows consumers to directly interact with a business using platform resources that support producers and consumers," says Parker, who has taught at Thayer School of Engineering since 2016. "Marshall and I were among the first to develop a formal mathematical model to explore the factors that drive firms toward external production."