In a time of exquisite environmental precarity, how can the critical humanities help us realize alternative energy futures? How can the humanistic disciplines help us respond to climate crisis with new ecological forms and energy systems and with more sustainable practices of energy production? How do the humanities make sense of extractive and non-extractive energy resources, active and potential forms of energy? If humanistic studies of energy have focused mostly on oil and fixated on the contemporary, how can we further research on the history of energy modernity by studying Enlightenment cultures, the transatlantic and Anglophone world, and the global south? We warmly invite you to join us for an exciting day of cross-campus, interdisciplinary engagement with energy flows and transitions in literature, history, philosophy and the arts.

An all-day, by-invitation scholarly symposium will be followed by two public events: a talk at 4:30 p.m. at the Top of the Hop by Tim Morton, Rita Shea Guffey Chair in English at Rice University and author of eight books including, most recently, Being Ecological (Penguin, 2018) and Energy Humanities Live! an after-dark environmental energy soundscape DJ Dance Party with DJs Diallo Riddle, DJ Spooky, and DJ T. Tauri at the Top of the Hop, from 8 - 11 p.m.

Tentative and Subject to Change

4 p.m. Wrap Up and Adjourn to Keynote Address

Thomas Turnbull, Max Planck Institute for the History of Science

About the Keynote Speaker 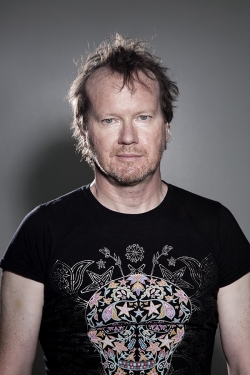 Timothy Morton is Rita Shea Guffey Chair in English at Rice University. He has collaborated with Björk, Laurie Anderson, Jennifer Walshe, Jeff Bridges, Sabrina Scott, Olafur Eliasson, and Pharrell Williams. He co-wrote and appears in Living in the Future's Past, a 2018 film about global warming with Jeff Bridges. He is the author of Being Ecological (Penguin, 2018), Humankind: Solidarity with Nonhuman People (Verso, 2017), Dark Ecology: For a Logic of Future Coexistence (Columbia, 2016), Nothing: Three Inquiries in Buddhism (Chicago, 2015), Hyperobjects: Philosophy and Ecology after the End of the World (Minnesota, 2013), Realist Magic: Objects, Ontology, Causality (Open Humanities, 2013), The Ecological Thought (Harvard, 2010), Ecology without Nature (Harvard, 2007), 8 other books and 200 essays on philosophy, ecology, literature, music, art, architecture, design and food. His work has been translated into 10 languages. In 2014 Morton gave the Wellek Lectures in Theory.

"One of the 50 Most Influential Living Philosophers"

"Philosophy isn't just something up here, in your head; philosophy is everywhere in built space." –Timothy Morton in Living in the Future's Past

The evening will feature:

Please let us know if you plan on attending the symposium by completing this form.