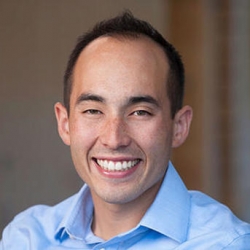 Join us for our first talk in the series with Gabriel Chan, Assistant Professor at the Humphrey School of Public Affairs, University of Minnesota. His research examines policies to stimulate innovation in energy technologies and mitigate global climate change in the United States, China, and internationally. Chan's research blends economic methods and theory with a broader set of social science and technical knowledge. He received his PhD in Public Policy from Harvard University in 2015 and bachelor's degrees in political science and earth, atmospheric and planetary science from the Massachusetts Institute of Technology (MIT) in 2009. You can view his UMN biography here. View his Google Scholar page here.

Consumer-owned municipal utilities (munis) and electric cooperatives (co-ops) are important and understudied actors in transition dynamics of the U.S. electricity system, where investor-owned utilities (IOUs) have received significant policy and research attention. Across the U.S., more than 2,000 munis and nearly 900 co-ops manage almost a quarter of electricity sales and serve 36.6 million electricity consumers in primarily rural areas and small communities. Most munis and co-ops are distribution utilities with a strong focus on their local communities and a tradition of coordinating with other public or cooperative service providers for much of their generation and transmission services.

Munis and co-ops are not required to generate profits for shareholders. They are public or nonprofit organizations founded on shared principles of democratic accountability, local governance, and local rate regulation (APPA, n.d.; NRECA, 2016). Renewable energy and social justice advocates are increasingly organizing around the potential for community-based democratic organizations to promote more sustainable and just societies. However, unlike the more recent expansion of renewable generation cooperatives in Europe, most munis and co-ops in the U.S. have served local communities since the first part of the 20th century when small towns and rural areas were first electrified. These utilities are embedded in centralized legacy structures and many have historically been heavily invested in fossil fuel-based electricity generation. In 2016, coal and natural gas accounted for 68% and 90% of the capacity owned by non-federal public power (serving primarily munis) and co-ops, respectively. (In comparison, IOU electric capacity was 74% coal and natural gas in 2016).

Munis and co-ops make decisions in fundamentally different ways than IOUs and to accelerate a sustainable transition, they require different pathways for navigating system change and different policy mixes. The differences between munis and co-ops and the systems that they are embedded in suggest new modes for academic research institutes to engage and leverage their research capacities. This presentation will discuss several recent and ongoing research efforts to engage municipal and cooperative utilities as research participants, stakeholders for research outcomes, and direct collaborators in research projects.

Read a recent paper by Chan and other researchers called "Municipal utilities and electric cooperatives in the United States:
Interpretive frames, strategic actions, and place-specific transitions" in Environmental Innovation and Societal Transitions.