A recording of this talk will be posted soon. 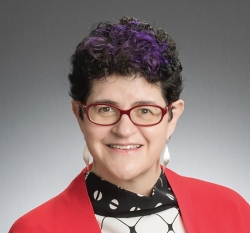 About the Speaker: Deborah Seligsohn is an Assistant Professor of Political Science at Villanova University.  Her research focuses on Chinese politics, US-China relations and energy and environmental politics in China and India. Prior to receiving her PhD in Political Science and International Affairs from the University of California San Diego in 2018 she worked in both the NGO and government sectors on energy, climate and the environment. From 2007 to 2012 she was based in Beijing as the Principal Advisor to the World Resources Institute's China Energy and Climate Program. She also had over 20 years' experience in the United States Department of State, working on energy and environment issues in China, India, Nepal and New Zealand. Her most recent position was as Environment, Science, Technology and Health Counselor in Beijing, 2003-2007. Her work has appeared in political science journals and through the World Resources Institute, as well as in the Washington Post, South China Morning Post, the Financial Times, and other publications.

About the Talk: With more than 40% of the world's carbon emissions between the two countries, the US-China climate relationship has long been recognized to be the most important element of a successful carbon mitigation strategy worldwide. Indeed the US-China agreements prior to the 2015 Paris Conference formed the basis for the ultimate Paris Agreement. When those in the climate community look to the possibility of a new Biden administration (recognizing that nothing new is happening in the current administration), they generally frame the discussion in terms of how to reinvigorate US-China cooperation. In the past this cooperation has involved joint research and joint projects. This discussion seems to operate in a distant world from the increasing competition between the US and China on issues ranging from security to trade to human rights. While I would argue that there is more room for finding shared interests in some of these other spheres it is difficult to get around the fact that the relationship is not going to become easy. In light of that, and in light of the fact that both countries are committed to Industrial Policy – China long recognized, and Biden's Build Back Better plan stemming from the Green New Deal – it is important to rethink the relationship in terms of competition between two countries committed to Green Industrial Policy and the opportunities that opens for a new approach. Framing agreements in terms of fostering competition is not new. It is the very essence of the World Trade Organization and all trade agreements. What the world requires is a new paradigm for regulating a competition in carbon reduction.