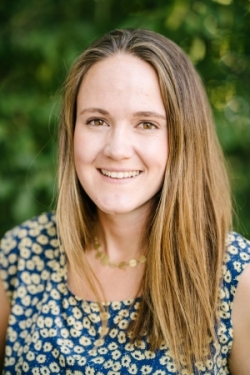 View a recording of this conversation.

Kate leads programs, initiatives, and regulatory work to advance renewable energy growth and development in Utah. Currently, she leads a partnership through the Solar Energy Innovation Network to connect several local governments with research expertise from the National Renewable Energy Laboratory to identify strategies to achieve local clean energy goals She has coordinated Utah Clean Energy's Community Solar, Drive Electric, and Bike Electric initiatives, community bulk-purchase programs designed to increase solar, electric vehicle, and e-bike adoption by simplifying the purchase process and offering competitive pricing. In April 2014, Kate Bowman was recognized by the White House as a "Champion of Change" for her efforts to promote and expand solar deployment. Kate served two terms with Utah Clean Energy as a member of the Utah Conservation Corps through AmeriCorps in 2012 and 2013.  She received a BA in Government from Dartmouth College where she focused on environmental policy. 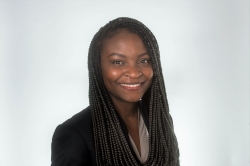 Wendy is a clean energy associate at CLASP, where she leads initiatives to reduce energy poverty in developing countries by strengthening markets for high-quality off-grid solar products—particularly focusing on household and productive-use appliance technology. She manages the Global LEAP Awards competition, which identifies the world's best off-grid appliances to accelerate market development and innovation. The awards provide information on off-grid appliance quality, suitability, and performance that enable companies, investors, and policymakers to make faster, better-informed decisions regarding off-grid appliances.

Wendy holds a BA in anthropology modified with economics from Dartmouth College and an MPH in environmental health science and policy from George Washington University.

Register for this event. 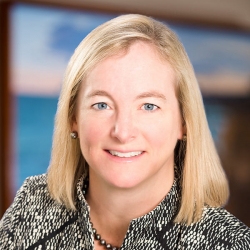 View a recording of this talk.

Marcy L. Reed is President of National Grid's Massachusetts business and Executive Vice President of US Policy and Social Impact. She is responsible for the gas and electricity businesses in Massachusetts, including their operational, customer service, financial, and reputational outcomes. In addition, she leads energy policy development for the US business and the effective implementation of National Grid's new social mobility platform. Marcy joined National Grid in 1988 and has held various positions in finance, merger integration, corporate affairs, and business operations.  She also spent three years in London as the head of Investor Relations for National Grid.

Marcy sits on the boards of Blue Cross Blue Shield Massachusetts, Northeastern University, the Massachusetts Business Roundtable, the Greater Boston Chamber of Commerce, The Partnership, the New England Council, and the Worcester Regional Research Bureau. She is the global executive sponsor for National Grid's Women in Networks employee resource group. Marcy is a graduate of Dartmouth College and holds a master's degree from Northeastern University. 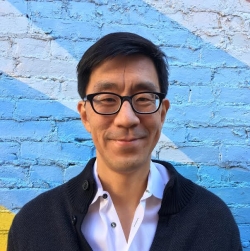 
David Yeh is managing director at 3x5 Partners,  a top quartile venture capital firm investing in health and environmental solutions, and a member of the Irving Institute Advisory Board. His career spans global finance, innovation, and the Obama White House.

At the White House, David aided the administration's effort to grow impact investing. He personally convened a $7 trillion event with the world's largest sovereign wealth funds to stimulate investment in the USA. He also helped run the world's largest sustainable infrastructure portfolio ($30 billion) that included some of the largest solar and wind power plants and Tesla. He founded the Presidential Executive program which recruits C-suite executives to solve national challenges such as the Western water crisis, investing in rural America, and cybersecurity.

Prior to his presidential appointment, David was a multi-asset investor in Beijing, London, and New York. In London, he worked at Generation IM's (Al Gore's co-founded fund). In China, David launched the strategy and business development for a $100bn+ energy efficiency lending public private partnership.

David holds a BA from Dartmouth College and an MBA from the Wharton School of Business. At Dartmouth, David was a Reynolds scholar and Tucker public service fellow. He is a published author (e.g. Forbes, Wall Street Journal) and active speaker (e.g. Council of Foreign Relations and World Economic Forum). He is fluent in English and Mandarin Chinese. 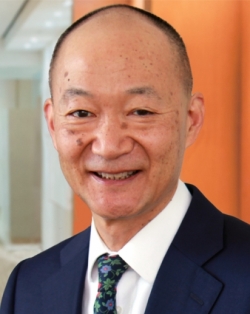 Norman C. Bay represents clients on a range of energy issues, including  regulatory and policy matters, mergers and acquisitions, infrastructure development, enforcement and compliance, and litigation at Willike Farr & Gallagher LLP. Norman was Chairman of the Federal Energy Regulatory Commission (FERC) from 2015 to 2017.  Before becoming Chairman, he was the Director of the Office of Enforcement at FERC from 2009 to 2014.  He was previously a federal prosecutor and the U.S. Attorney for the District of New Mexico, as well as a Professor at the University of New Mexico School of Law.  He is currently a non-resident Senior Fellow with Duke University and a member of the NCAA's Division I Committee on Infractions.  Norman is a member of the Class of 1982 at Dartmouth College and a graduate of Harvard Law School and a member of the Irving Institute Advisory Board. 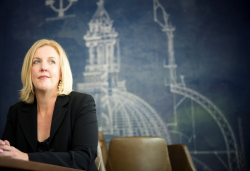 
Abigail Ross Hopper is the President and CEO of the Solar Energy Industries Association, the national trade organization for America's solar energy industries. She oversees all of SEIA's activities, including government affairs, research, communications, and industry leadership, and is focused on creating a marketplace where solar will constitute a significant percentage of America's energy generation.

Before joining SEIA, Abby served as Director of the Department of Interior's Bureau of Ocean Energy Management, the Director of the Maryland Energy Administration (MEA), Energy Advisor to Maryland Gov. Martin O'Malley, and Deputy General Counsel with the Maryland Public Service Commission. Before embarking on a career in public service, Abby spent nine years in private practice. 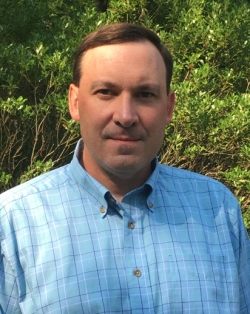 Scott Fisher is a partner at the NorthBridge Group, a leading economic and strategic consulting firm that serves the electricity and natural gas industries, including both regulated utilities and the competitive segments of these industries. Scott advises Fortune 500 and smaller energy companies on matters related to business and regulatory strategy, helping companies navigate and drive industry change. In these efforts, Scott assists companies with challenges and opportunities regarding emerging technologies, public policy formulation and negotiations, risk management, asset valuation and portfolio management, mergers and acquisitions, contract negotiations, electricity supply procurement, product pricing, and rate design.

With over 20 years of experience in the electricity industry, Scott also serves as an expert witness in regulatory proceedings related to electricity policy. In this capacity, he has testified on issues regarding wholesale and retail electricity markets, utility procurement of electricity supply for customers, risk management, product pricing, demand response, and energy efficiency.

Scott is the Chairman of the Board of Advisors of the Arthur L. Irving Institute for Energy and Society at Dartmouth, and he serves as a guest lecturer in economics courses at the Tuck School of Business at Dartmouth. He holds an AB with Honors from Dartmouth College, a Bachelor of Engineering from Dartmouth's Thayer School of Engineering, as well as an MS in Engineering-Economic Systems from Stanford University and an MBA with High Honors from the Tuck School of Business at Dartmouth. Scott is an Eagle Scout and he actively serves youth through the BSA's programs. 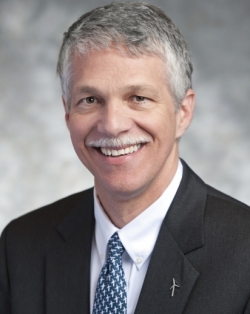 Tom Kiernan began as CEO of the American Wind Energy Association in May, 2013. Prior to joining AWEA, Tom was President of the National Parks Conservation Association for 15 years.  Previous positions include Deputy Assistant Administrator of EPA's Office of Air and Radiation where he assisted in leading the implementation of the 1990 Clean Air Act Amendments, President of the Audubon Society of New Hampshire, and a senior consultant with Arthur Andersen & Co.  Tom is a native of Arlington, VA, has an undergraduate degree from Dartmouth College in Environmental Computer Modeling, and an MBA from Stanford's Graduate School of Business.

View a recording of Tom's talk. 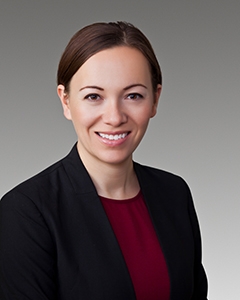 Aimee has over 15 years' experience in climate, energy and sustainability, spanning the state, federal and international levels, and the public, private, and non-profit sectors. She currently serves as senior advisor to former Governor Edmund G. Brown Jr. at the California-China Climate Institute, which was established to spur further climate action and dialogue between California and China.

Previously, Aimee served as Senior Advisor to California Governor Edmund G. Brown Jr. During her time in the Governor's Office, Aimee helped establish the US Climate Alliance – a group of 25 states committed to the objectives of the Paris Agreement representing over half the US population, 40% of US emissions, and an $11.7 trillion economy. She led the 2018 Global Climate Action Summit, a week-long event that brought together 5,000 heads of state, governors, mayors and other climate leaders, resulted in 500+ new climate commitments, 350+ affiliated events and 3.4B media impressions. Aimee was also responsible for Executive Order B-55-18, which commits California to carbon neutrality by 2045.

Prior to that, Aimee served as Deputy Secretary for Border and Intergovernmental Relations at the California Environmental Protection Agency, where she led the state's partnerships with other jurisdictions, including Mexico, and China. Before that, Aimee was a partner at Allotrope Partners, where she worked on clean energy projects and innovative climate finance in emerging markets.

Earlier in her career, Aimee worked for the government of the United Arab Emirates (UAE), helping to establish the first federal entity in the Gulf dedicated to climate change and energy. Aimee's work focused primarily on the country's engagement in the UN Framework Convention on Climate Change (UNFCCC) negotiations. Prior to that, Aimee worked as an advisor to the UK Government in the Department of Energy and Climate Change's Strategy Directorate, and as senior manager of US regulatory affairs for the global project developer EcoSecurities.

Aimee began her career with the Natural Resources Defense Council (NRDC) in San Francisco. She has an MPA in Environmental Science and Policy from Columbia University's School of International and Public Affairs (SIPA), and a BA from Dartmouth College in Environmental Studies.

Aimee is also the recipient of the 2018 U.S. Clean Energy Education & Empowerment (C3E) award for accomplishment in government. Read more about this award here! 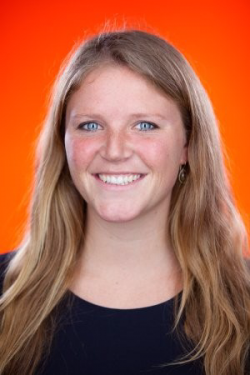 After graduating, she moved to San Francisco, CA and worked in the Rebate & Interconnection department at Sungevity, a mission-driven B-corp residential solar PV company where she learned the ropes of the solar industry and the policy and utility landscape for solar PV in California. From there, she joined the team of "energy nerds" at the Association for Energy Affordability, a technical assistance and training non-profit that implements energy efficiency and solar PV incentive programs for low-income multifamily housing in California. At AEA, Meghan has served several different roles in program management, project management, and technical analysis for their programs and research projects. She is an avid environmentalist to her core and works to help transform the built environment in order to combat climate change and make the world a better and more sustainable place.

View a recording of Meghan's talk. 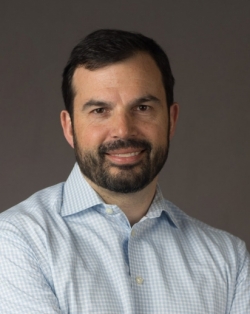 Dan Kalafatas is Chairman and Co-Founder of 3Degrees, which grew 50% in 2019 to nearly $100M in revenues and is a specialist firm providing renewable energy, transportation decarbonization, and emission reduction solutions to global Fortune 500 companies, utilities, and other organizations taking urgent against against climate change.  A native of Maynard, MA, Dan graduated with a B.A. in Economics with Honors from Dartmouth College and recevied an MBA with a Certificate in Public Management from the Stanford Graduate School of Business. Dan joins us from his home in Marin County, CA, serves on the Advisory Board of the Irving Institute, the Board of Trustees of the Mark Day School, and the Governing Council of the Northern Sierra Partnership, which is dedicated to conserving the natural landscapes of the Northern Sierra Nevada.

While at Stanford, Dan sat in on a speech delivered by T.J. Glautier, former Deputy Secretary and COO of the U.S. Department of Energy under the Clinton administration, that changed his life. It resonated so much, it inspired him to dedicate his business talents towards playing a part in building the renewable energy sector in the United States to address climate change.

Dan, who is on the Irving Institute advisory board, is looking forward to talking to Dartmouth students about his career path in energy, jobs in the energy sector, the impact that COVID-19 is having on the industry, and other questions you may have.