View a video of this event.

View a video recording of this panel discussion

What role have private investors and markets played in spurring the clean energy transition? How has that role changed in recent years? How will that role change in the future? What role will private investors and markets play in making the clean energy transition more equitable, particularly regarding inequality gaps and issues of racial, social, and environmental justice? How will the Biden Administration impact private markets and investors' strategies to achieve renewable energy mandates while creating clean energy access for everyone?

Join the Irving Institute and the Revers Center for Energy at Tuck School of Business for a panel discussion.

View a recording of this discussion. 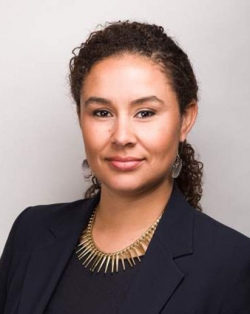 April Salas is the executive director of the Revers Center for Energy at Tuck. She started her career in energy finance consulting and has held various senior positions within the U.S. Department of Energy. Most notably, she directed the White House's Quadrennial Energy Review Task Force Secretariat and the State Energy Assurance Program and led planning and analysis for all federal energy emergency response events with FEMA. 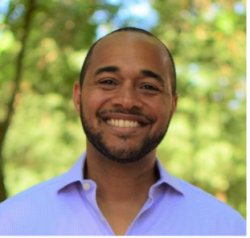 Omar Blayton is the CFO of Sunwealth. As CFO, Omar is responsible for creating and structuring Sunwealth's investment portfolios for maximum financial performance and social impact. Prior to joining Sunwealth, Omar was Managing Director of Project Finance at Innova Energy Partners and before that, Vice President of Structured Finance at Greenskies Renewable Energy, a leading commercial and industrial solar developer. Earlier in his career, Omar was a Vice President with Reznick Capital Markets Securities and an associate in Bank of America Merrill Lynch's Leveraged Finance Group. Before entering finance, Omar was an attorney with Reed Smith LLP in its Investment Management group. A recent transplant to Boston, Omar has begun to engage civically in his new home as a member of the Council of the Friends of the Public Garden. Omar holds a JD from Columbia Law School, an MBA in Finance from the Wharton School, and a BA from Cornell University. 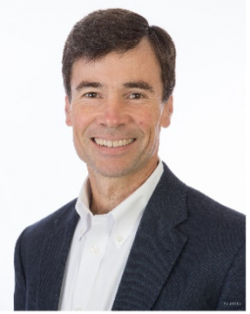 Scott Brown is the founder and CEO of New Energy Capital Partners.  Founded in 2003, New Energy Capital is a leading investor in clean energy projects in the United States with $600 million in assets currently under management and over $2 billion of real asset value financed.  He was a member of the founding management team of First Solar, and was a member of the National Advisory Council of the National Renewable Energy Laboratory from 1999-2005.  Scott is a graduate of Dartmouth College and Harvard Law School. 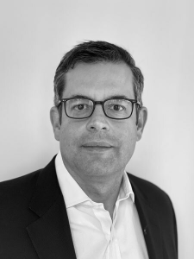 Andrew Marino is a Senior Managing Director and Head of Strategy at Generate Capital. Prior to joining Generate, Andrew was a Partner at the Carlyle Group, based in Washington, DC, where he worked since 2004. During his time at Carlyle, Andrew held several leadership roles including: Co-Head of the Carlyle Global Infrastructure Fund, Chief Operating Officer of Carlyle's Energy and Natural Resources Sector and Managing Director in Carlyle's US Buyout team. He was also a member of several Carlyle fund investment committees and Carlyle Group portfolio company boards. Prior to joining Carlyle, Andrew worked at Morgan Stanley where he focused on mergers, acquisitions and restructuring assignments in the US and Europe. For several years prior to business school, Andrew lived and worked in Hong Kong and China, identifying private equity investments in China and Southeast Asia. Andrew is a graduate of Dartmouth College and received his MBA from the University of Pennsylvania's Wharton School.