April Salas was appointed Executive Director of the Irving Institute in October 2022 after leading the Institute in an interim capacity for six month. April first joined the Dartmouth community in 2016 as Executive Director of the Revers Center for Energy, Sustainability, and Innovation at the Tuck School of Business. Previously, she served as director of the White House Quadrennial Energy Review Task Force Secretariat under President Obama, leading 22 federal agencies and stakeholders across the energy industry to conduct a thorough analysis of U.S. energy systems that included more than 70 recommendations that were foundational to U.S. energy policy. She also served in senior roles at the U.S. Department of Energy, including director of the State Energy Assurance Program and chief of planning and analysis for federal energy emergency response, where she worked with industry, state and local energy officials, public utility commissions, and state emergency management directors. April began her career in energy finance consulting, working on projects across Africa, Europe, and Latin America, and served in several roles at UNESCO and the Africa desk of the United Nations Headquarters' Department of Peacekeeping Operations.

April has long volunteered in the community and serves as the inaugural chief sustainability officer for the town of Hanover. She was the founding chair of the Community Power Coalition of New Hampshire, a joint power agency which incorporated as New Hampshire's second largest retail power provider under her leadership. She is also a member of the Hubbard Brook Research Foundation's board of trustees.

A graduate of the College of William and Mary, April went on to earn an MBA from Cornell University; a master's degree in international affairs, conflict resolution, and civil society development from the American University in Paris; and a master's degree in international security and economics with a focus on energy poverty and development from L'Institut Catholique de Paris. She has extensive board director experience with nonprofits, public and private companies, and growth-stage startups, including 3Degrees, Clean Energy New Hampshire, and Available Power. 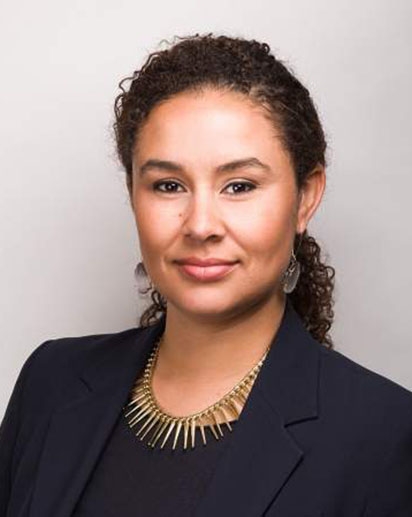