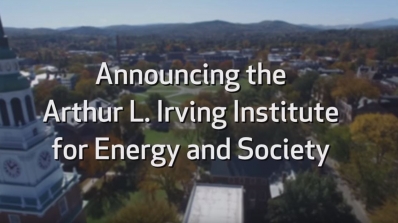 History of the Institute

In September 2015, President Hanlon '77 appointed a task force to study the possibility of creating an institute focused on the challenges posed by energy.  The task force visited eight college campuses, started planning for the academic and physical structure of the institute, and began engaging faculty and students in discussion. Task force members included Christopher Levey, an associate professor of engineering at Thayer School of Engineering; Jay Hull, associate dean of the faculty for the social sciences; F. Jon Kull, dean of the School of Graduate and Advanced Studies; Michael Zubkoff, professor of health economics and management at the Tuck School of Business and director of the MD/MBA program at Dartmouth; Ross Virginia, director of Dartmouth's Institute of Arctic Studies and the Myers Family Professor of Environmental Studies; and Robert Hansen, the Norman W. Martin 1925 Professor of Business Administration at Tuck.

Arthur L. Irving, along with his wife, Sandra Irving, and their daughter, Sarah Irving '10, Tuck '14, generously agreed to support Dartmouth's efforts to take on the broader energy and society challenge, resulting in the creation of the Arthur L. Irving Institute for Energy and Society.

Construction on the new home for the Arthur L. Irving Institute for Energy and Society, a high-performance building located at the west end of campus between the Tuck School of Business and the Thayer School of Engineering, began in October 2019 and is scheduled to be complete by fall 2021. Learn more about the building project here. 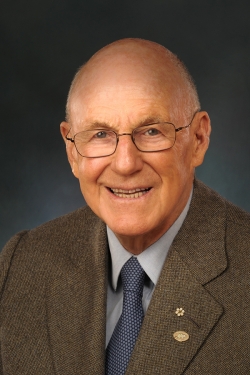 Arthur Irving grew up in Saint John, New Brunswick, Canada and attended Acadia University before joining Irving Oil in 1951. He worked with his father, K.C. Irving, becoming President of Irving Oil in 1972, and is now the company's Chairman. Throughout his career, Arthur has demonstrated an enthusiasm and support for business, the environment, education, healthcare, research, and the community.

Arthur has a strong interest in wetlands preservation and was on the Board of Ducks Unlimited, for 32 years, two of these as President.

From 1996 to 2010, Arthur served as Chancellor of Acadia University in Wolfville, Nova Scotia, Canada. In 2002, together with his brothers, James and Jack, they established the K.C. Irving Environmental Science Centre and the Harriet Irving Botanical Gardens on campus, named in honour of their parents. In 2014, he created the Arthur L. Irving Family Foundation Scholarships in Environmental Science.

Arthur and his wife, Sandra Irving, are loyal supporters of Dartmouth College. Together they have funded scholarships for Canadian students, developed the Sandra L. and Arthur L. Irving Professor of Economics Endowed Chair, and help fund undergraduate students in business studies in partnership with the Tuck School of Business. In 2016, Arthur, Sandra and Sarah Irving, along with Irving Oil and the Arthur L. Irving Family Foundation established the Arthur L. Irving Institute for Energy and Society at Dartmouth College.

Arthur and Sandra Irving like to help students achieve their dreams in supporting student scholarships at the University of New Brunswick, St. Thomas University, St. Mary's University, Université de Moncton, Dalhousie University, University of Toronto, University of Prince Edward Island, Cape Breton University and Dartmouth College. Arthur has furthermore supported young people in their pursuits in business in the important work of Junior Achievement in New Brunswick. He is also a loyal supporter of many community initiatives in healthcare, and other important causes that make a difference in individual and community lives – having established a Chair in Neurology at The Lahey Hospital and Chairs in Cardiology and Oncology at Massachusetts General Hospital.

In 2002, Arthur was made an Officer of the Order of Canada and in 2012, he received the Order of New Brunswick for his lifelong work as a builder of the province's economy and for his devotion to preserving our natural environment. In 1997, Arthur was inducted into the New Brunswick Business Hall of Fame, and in 2008, he was inducted into the Canadian Business Hall of Fame. Arthur received a Doctor of Civil Laws, from Acadia University in 2003; and was granted the title of Chancellor Emeritus in 2010. In 2009 he received an Honorary degree from the University of New Brunswick and in 2010, he received an Honorary degree from Dartmouth.

In 2013, Arthur received the Red Cross Humanitarian Award for outstanding leadership and in 2019, the Paul Harris Fellowship from the Rotary Club of Saint John, for exemplifying the Rotary motto of "service above self." 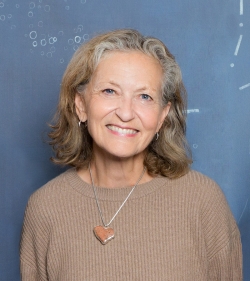 Together with her husband Arthur, daughter Sarah, and Irving Oil, Sandra is dedicated to the work of the Arthur L. Irving Institute for Energy and Society. 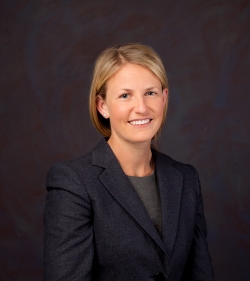 Sarah Irving is the Executive Vice President and Chief Brand Officer of Irving Oil, an international oil refining and marketing company that operates, among other assets, Canada's largest oil refinery. Irving Oil is a major supplier of petroleum products to the United States market. Sarah is pleased to represent the Arthur Irving family on the Advisory Committee of the foundation named in recognition of her father, Arthur Irving. Sarah was one of the founding members in the establishment of the Arthur L. Irving Institute for Energy and Society and is proud of this opportunity to support Dartmouth College and to recognize her father.

Sarah resides in Saint John, New Brunswick, Canada where she is actively involved in her family businesses' leadership team and Board of Directors. Sarah also contributes significantly to a number of Canadian charitable foundation and not for profit boards.

The company was founded in 1924 by K.C. Irving as a small, single-garage service station in Bouctouche, New Brunswick. Today, Irving Oil has grown into a leading multinational energy company as steadfastly committed to its customers, communities, and employees, as it was more than 90 years ago.

The company's Chairman, Arthur Irving, son of K.C. Irving, joined the business in the 1950s and worked together with his father and his brothers James and John in growing the Irving group of companies. Today, Irving Oil's senior leadership team is led by President Ian Whitcomb.

With two refineries, over 900 retail fueling locations, operations from eight distribution terminals, and a delivery fleet of tractor-trailers, the company serves wholesale, commercial, and retail customers in Eastern Canada, New England, and Ireland.

The Irving Oil Refinery in Saint John began operations in 1960 and today has a throughput capacity of more than 300,000 barrels a day, and produces a range of products, including gasoline, ultra-low sulfur diesel, heating oil, asphalt, and jet fuel. Located 65 miles north of the U.S. border, Irving Oil's Saint John refinery accounts for 75 percent of Canada's gasoline exports to the U.S. and 19 percent of all U.S. gasoline imports.  Irving Oil was the first oil company to receive the U.S. Environmental Protection Agency Clean Air Excellence Award for low-sulfur gasoline.

Irving Oil's commitment to education, community, and the environment is evident in many longstanding partnerships. Together with Ducks Unlimited and the New England Aquarium, the company continues to contribute in many ways to the betterment of the natural environment. The Saint John refinery is located next to 250 acres of a joint project to protect the wetlands and its inhabitants. Since the 1990s, Irving Oil has worked closely with the New England Aquarium to support right-whale research and together, with researchers, academia, environmental groups, and fish harvesters, was successful in moving the shipping lanes in the Bay of Fundy away from the right whale's critical habitat area.

Irving Oil remains committed to its people, customers, and communities, to the responsible and safe production of products to meet the world's energy needs, and to working together for the betterment of society.

About the Irving Foundation

The Arthur L. Irving Family Foundation is a registered charity in Canada that is guided by the values of Arthur and Sandra Irving, both of whom are advocates for the value of education in society. At universities and colleges in the United States and Canada, the foundation supports various initiatives with a strong focus on student advancement and scholarship, including several prestigious scholarship programs, as well as research and academic programming.